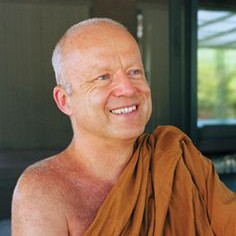 Ṭhānissaro Bhikkhu (Geoffrey DeGraff) is an American Buddhist monk of the Kammatthana (Thai Forest) Tradition. After graduating from Oberlin College in 1971 with a degree in European Intellectual History, he traveled to Thailand, where he studied meditation under Ajaan Fuang Jotiko, himself a student of the late Ajaan Lee. He ordained in 1976 and lived at Wat Dhammasathit, where he remained following his teacher’s death in 1986. In 1991 he traveled to the hills of San Diego County, USA, where he helped Ajaan Suwat Suvaco establish Metta Forest Monastery (Wat Mettavanaram). He was made abbot of the Monastery in 1993. A prolific author, he has published numerous articles and translations.

Ajahn Ṭhānissaro reviews the Four Noble Truths as the categorical teaching of the Buddha—true and always beneficial. He describes the duties that enable us to fully understand and comprehend them and how the three characteristics—Dukkha, Anicca, Anatta—are used in support of these duties and this understanding. An accompanying article can be found at https://www.fourthmessenger.org.

Ajahn Ṭhānissaro describes how tradition’s substitution of the three perceptions of anicca, dukkha, and anatta for the Four Noble Truths as the Buddha’s primary teaching has affected the practice of Buddhists ever since.