Staying In: A Tale from Abhayagiri’s 250-Acre Wood

“Mountain lions.” I heard Ajahn Karuṇadhammo say, as he stood just inside the door of the bhikkhu commons shrine room.” Tan Tissaro and Tan Cittapālo saw two of them. I saw them on the loop trail, too, and a little while later at my kuti I heard the sound of a deer running by quickly. I looked out the window and saw one of the mountain lions walking up the trail toward my deck. I went outside and just watched it for a while until it saw me and turned away.”

Tan Tissaro walked in a few minutes later. When he saw me he said, “Mountain lions. Did you hear?” This pair of mountain lions seems to be not so shy of monks anymore. It’s quite unusual that they make themselves seen in the late afternoon like this.

Tan Cittapālo arrived soon after. “Ajahn, we saw mountain lions. Really beautiful, and how they move is really amazing, really graceful.” With a pair coming around like that, we all agreed there might be young nearby.

It is early April. The Abhayagiri community has just ended the annual three-month winter retreat. Many cancelled plans, due to the global pandemic, opened up some time for me to start making new robes for myself, and help Sāmaṇera Dhammavāro start making the prescribed triple robe set for his upcoming bhikkhu ordination. Travel plans have been cancelled, but not in-house plans such as ordinations. As the monastery already has one foot outside of society, we find ourselves well prepared for government restrictions to “social distance” and “not go out unnecessarily.”

From mid-December to early January I accompanied Luang Por Pasanno to Thailand. Upon our return we went straight into winter retreat, of which the theme this year was “Happiness.” Each Abhayagiri winter retreat has a Dhamma theme for study, with almost daily teachings and readings. This year’s particular theme was centered on chapter 11 of Phra Payutto’s book Buddhadhamma. Near the end of February we finished that chapter, and shifted gears into having the entire monastic community offer readings from Thai or Western ajahns of their choice. Some daily Dhamma refreshments included old-school Ajahn Sumedho talks, Ajahn Chah, Ajahn Lee Dhammadhāro, Ajahn Paññavaḍḍho and others.

Bhikkhu Bodhi was with us for almost three weeks during the winter retreat, from late February to mid-March, and engaged in solitary practice at Santi Vihāra, our new residence for elders. Though he was on retreat, having him with us each day during the meal was a blessing, and near the end of his stay Bhikkhu Bodhi agreed to do a Q&A session with the Abhayagiri community. Then, with news of the coronavirus spreading, he decided to take precautions and return to his home monastery in New York state.

Ajahn Cunda returned to Abhayagiri before the end of the winter retreat. He was living at Santacittarāma, our Italian sister monastery. Italy was one of the early hot spots for the coronavirus, and there were rumors that the US might close to international flights coming in. Though he wasn’t planning on returning to Abhayagiri until December, he requested to return right away. As he was looking at flights on the computer, they were being cancelled in real-time, but he managed to procure a flight from Rome to New York to San Francisco. As soon as he was back at Abhayagiri he went into 14-day quarantine at Santi Vihāra, and we delivered food to his doorstep each day. Just in the last few days he emerged from this quarantine and re-integrated with the community, having not shown symptoms of illness.

Interesting stories reach us as we continue to plug away with our daily routine, like, “They can actually detect that the world is vibrating less because there are so few cars on the roads.” Tina, a long term supporter of the monastery, went to a store in the Bay Area and the parking lot was empty. She said, “Being in that parking lot kind of felt like being in the monastery.” Less vibration and more stillness sounds good. But not everyone is well prepared to “stay in and not go out”, Especially those who live paycheck-to-paycheck, work two jobs, have to look after their children… They may be undergoing all sorts of privation and hardship, and we need to develop compassion – the wish that others be freed from suffering. We stay in, yet allow in the cries of the world. Staying in doesn’t mean not allowing in. Staying in doesn’t mean barring others from trespassing on our private estate of well-being. Ajahn Liem said that the way to understand dukkha is to allow it in, not to run away from it. We allow it in, look into it, and find a way through it.

Opening is the way to move forward. Although we are not allowing our normal overnight guests, a large cut of our winter retreat crew decided to stay on until the end of April. It is our great good fortune that we continue to eat well and therefore have enough energy to keep practicing. Who knows how long this will last? A few days before the winter retreat ended, while I was doing walking meditation, the weather was cool and the birds were singing. The air was so incredibly fresh, with hints of bay laurel on a gentle breeze. I couldn’t help but think, “Should I feel bad about being very content right now, with the whole world falling apart?” But the world has always been falling apart – just now it becomes more apparent. Opening… Being able to see the uncertainty of the world clearly is one of the benefits of living the monastic lifestyle. We gain the blessings of peace and contentment and enough food to eat, which is a result of living by the monastic code of conduct (Vinaya), looking at dukkha, contemplating uncertainty and eating one main meal each day. Gratitude and humility arise when we are willing to admit that we wouldn’t have any of this if it weren’t for the people looking after us.

Giving and helping out can give rise to a sense of felicity. At this time, we are back to engaging in our morning work periods. While the kitchen crew cooks, the monastics look after the facilities to keep them all running smoothly, so that we can keep practicing as a community. There are a few projects that were left unfinished in 2019, such as the shade structure over our water tanks up on the ridgetop and finishing the expansion of our fire hose boxes around the property: vehicles need to be maintained, gutters need to be cleaned out, and buildings looked after. Doing these mundane tasks as dāna can be enjoyable, even an appropriate form of fun for us monastics. Gladness at the good fortune of others can arise when we see that we’ve added to a sense of ease and convenience for someone else.

We’ve heard a few stories of people around the US sticking notes on the doors of neighbors who may be sick, or in self-quarantine, offering to buy groceries for them or help with any other needs. Sometimes the notes would be simple words of encouragement for these difficult times. That’s dāna.

In addition to looking after things, we look after each other. As forest monks, we end up finding ways to encourage and inspire each other to practice in nature. As Dhamma friends, we encourage each other to cultivate solitude during the open periods of the daily schedule. The flora and fauna of our 250 acre wood has a vibrancy of health right now, and the rain continues to fall consistently. Ajahn Karuṇadhammo, Tan Tissaro, and Tan Cittapālo saw that pair of mountain lions, and this brings up a perception of being in the wilds. The Buddha was born in the forest, reached enlightenment in the forest, gave many of his teachings in the forest and ultimately died in the forest, under two sal trees. The mind goes out… Is this it? Is the world going to end? Or is there not much happening? Then we bring the mind home—now is the time to stay in.

Ajahn Ñāṇiko was born and raised in California. In 2001, at the age of 20, he visited Abhayagiri and decided to request anagarika ordination. In 2002, he took novice ordination, and in July 2003 he ordained as a bhikkhu...
Read More. 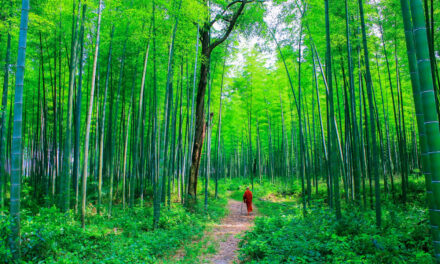 Vinaya Themes in “Stillness Flowing: The Life and Teachings of Ajahn Chah” 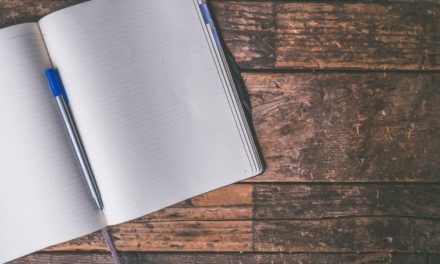 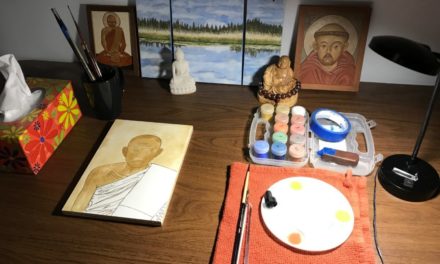 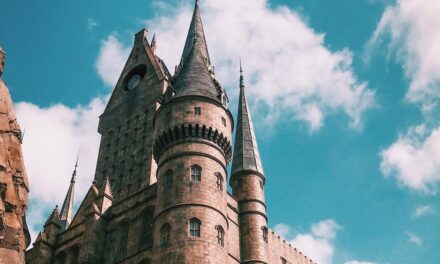